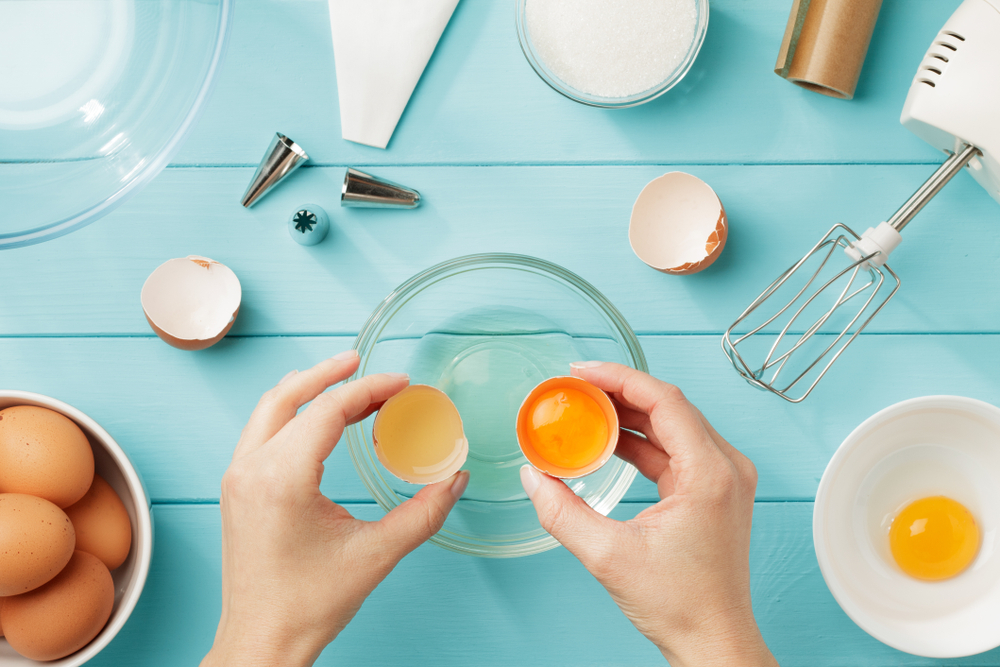 Growing up, my grandfather was famous for his sneer of disdain whenever he was presented with a chicken dinner. It resembled Elvis’ own sneer and to this day is the purest expression of distaste I’ve ever seen. The reason for it was that as the youngest son of the family, my grandfather was tasked with the relatively light work of cleaning the chicken coops, and if you’ve ever cleaned a sizeable chicken coop you might understand his aversion to chickens. Left to their own devices, chickens are not particularly clean or tidy animals; raising chickens and producing eggs that are safe to eat requires shoveling a lot of manure.

At least, it did. Improvements in practices have resulted in cleaner brooder and laying houses in which automated conveyor belts whisk manure away. However, two outbreaks of salmonella linked to eggs in June and September of 2018 along with a worldwide recall of eggs due to contamination with pesticides demonstrates the need to make further improvements in egg supply chain safety. Poultry–and egg production in particular–is a high-volume industry and large numbers of chickens in tight confines make egg farms vulnerable to the spread of diseases that can cause illnesses in humans.

The Spread of Illnesses Among Chickens and Eggs 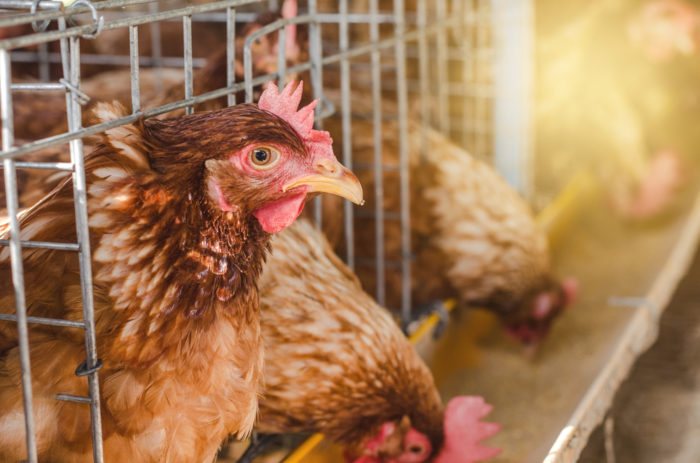 The crowded conditions of egg production facilities mean that once a disease or pest enters the population of chickens, it can spread very rapidly. While proponents of alternative strategies for keeping chickens–such as cage-free and free-range methods–declare them to be a solution to the problem of poultry diseases, they have their own issues. Cage-free and free-range chickens have a greater opportunity to encounter disease as cage-free chickens are free to track through their own and other chickens’ manure, while free-range chickens can actually encounter and catch illnesses like avian flu, E. coli, and Salmonella from the wild bird population.

Chickens usually catch Salmonella from rodent droppings in their feed and spread it through their own droppings.

The most dangerous of these illnesses to people is Salmonella. This bacteria doesn’t make the chicken visibly ill, making it difficult to detect and contain. Chickens usually catch Salmonella from rodent droppings in their feed and spread it through their own droppings. Although it is possible for an egg to be contaminated with Salmonella when it is laid, it’s much more common for eggs to become contaminated later through cross-contamination or a failure of temperature control that gives Salmonella a chance to thrive and spread between eggs.

Salmonella and other bacterial contamination can be removed from eggs by pasteurizing them, but pasteurization of shell eggs is rare as it is a complex process that raises the price of the eggs. Reducing instances of Salmonella and other poultry diseases is largely a matter of managing points in the supply chain where it can be passed between chickens and spread between batches of eggs.

Regulations Regarding the Production of Eggs

Once Salmonella has entered a flock, it is difficult to remove short of culling the entire flock and starting fresh. Government regulations regarding shelled eggs laid down by the Food and Drug Administration allow for a limited presence of Salmonella on farms and only suggests a recall if:

If one of the scenarios above occurs, then the FDA expects a recall of eggs that have already been shipped and considers eggs still on the farm positive for Salmonella. The FDA does impose mandates on production to reduce the possibility of Salmonella contamination in the first place:

The focus of these regulations is to reduce the possibility of cross-contamination as much as possible and to keep the growth of Salmonella to an absolute minimum if contamination does occur. Notably, these regulations are a specific mitigation for Salmonella on the production farm, and don’t provide guidelines for preventing contamination by other pathogens or chemical exposure, nor do they offer guidance on the sanitary transportation of eggs. However, they do suggest that isolating eggs from potential contaminants during transportation and storage is also important for preventing contamination. Since pests can act as vectors for cross-contamination, warehouse pest control should be prioritized in the egg supply chain and other opportunities for cross-contamination should also be monitored. The residue of eggs that have cracked during transportation is one means by which bacteria may spread between and within supply chains. Damaged eggs may drip their yolk on wood pallets where Salmonella bacteria are able to divide and colonize, creating the potential for the bacteria to be spread to other eggs, to pests, or to personnel handling the pallet. Since wood pallets aren’t easily sanitized, Salmonella–along with listeria, E. coli, and other pathogens–remains on pallets that will be in close proximity to eggs.

Crucially for the egg supply chain, plastic pallets can be easily washed and sanitized.

Absorbent wood pallets can bring other contaminants into the egg supply chain either by being treated with them or by being exposed to them. In 2009, a chemical called 2,4,6-tribromoanisole was identified on pallets that were used to ship Tylenol, resulting in a massive recall. This chemical was the breakdown product of a fungicide used to treat the pallets for mold and mildew. The ability to clean and sanitize plastic pallets is an important part of preventing the spread of diseases within in the egg supply chain.

The iGPS pallet pool rents washable, sanitizable plastic platforms that are more durable than wood pallets and won’t absorb contaminants. To switch to a shipping pallet that will help keep your egg supply chain safe, call us at 1-800-884-0225, email a specialist at [email protected], or visit our contact page.