What Are ISO Standard Pallet Dimensions? 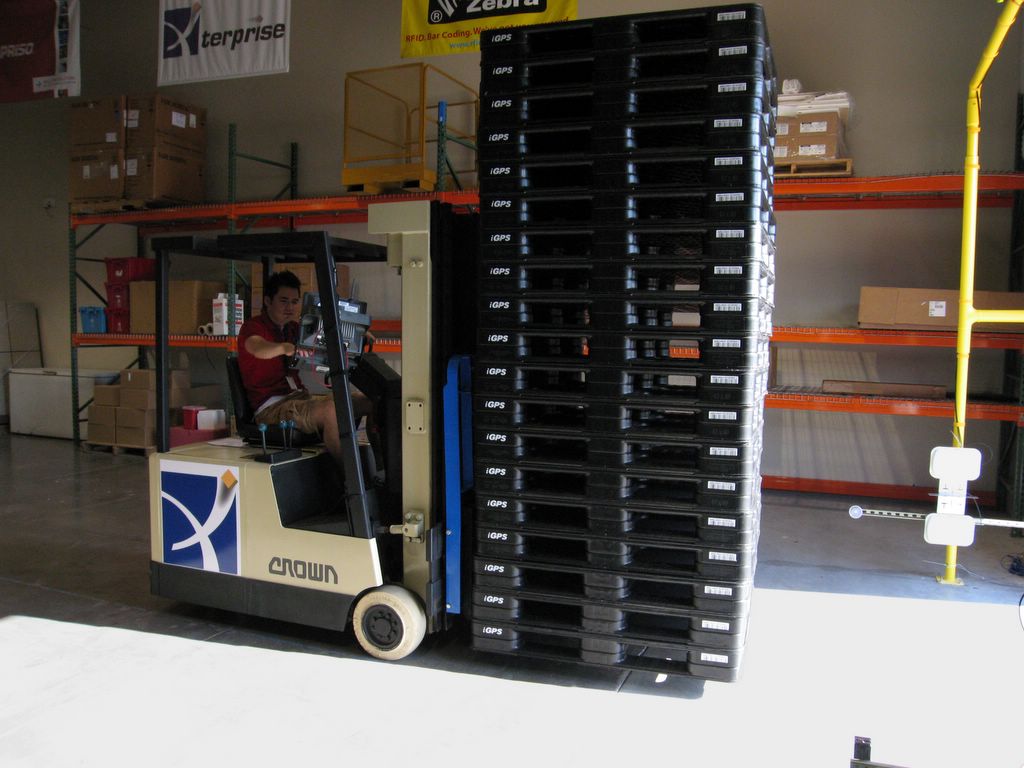 During the industrial revolution, anyone building a structure or putting together machinery found themselves with a problem. No two people could agree on acceptable dimensions for a girder, and even something as simple as a screw wasn’t standardized for use across different projects. In the early twentieth century, national governments began to create standard bodies to deal with the issue. The American National Standards Institute (ANSI), for example, was established in 1918 so that a project going up in one state could use girders and bolts made in another state with minimal difficulty. Following the Second World War, these national bodies came together to facilitate trade. The International Organization for Standardization (ISO) was established, and it has created global standards for dimensions and measures ever since.

Complying with ISO standards makes expansion easier down the line for a business, and this applies not only to manufacturing, but to transportation and warehousing storage as well. However, companies looking for ISO standard pallet dimensions won’t have much luck. That’s because there isn’t any single set of ISO standards for pallets, only specifications recognized by ISO.

The History of Pallets and Standard Pallet Dimensions

Pallet-like equipment has a surprisingly long history. Pallets evolved from simple wood cargo sleds that are now called skids, and these have been in use for an incredibly long time. The ancient Egyptians and Mesopotamians are thought to have used types of skids to move canal-building materials.

The invention of the gas-powered forklift provided the impetus to evolve the pallet from the simple skid. The forklift enabled a single person to move, lift, and stack loads that would have needed to be broken into their individual components of boxes and barrels to be moved previously. With the invention of the forklift, the simple skid had to evolve into something rugged enough to be handled by heavy machinery operated by a single man with a checklist who was in a bit of a hurry.

Eventually, block pallets were developed in the same sizes as sturdier, easier-to-use alternatives to stringer pallets.

The change started with a third stringer in the middle of the skid to add strength and sturdiness. Later, cross pieces were added to give the forks a stronger surface to lift by. Finally, a bottom deck was added to strengthen the skid further and something close to the modern stringer pallet was born. In World War Two, the allies mandated a 48×48-inch universal pallet size to ease military logistics, and sometime after the war, this became the 40×48-inch pallet still in widespread use with the military. While no one is totally sure, the smaller size is thought to have made the offloading of train cargo to trucks easier. Eventually, block pallets were developed in the same sizes as sturdier, easier-to-use alternatives to stringer pallets. By the time the International Organization for Standardization was organized, well-established supply chains with their own standard pallet sizes had been operating for several years, and the organization simply recognized the most common of these and established quality measures for materials and construction.

A total of six pallet sizes are recognized by ISO, and the organization recognizes them not by industry but by principal region of use, and—befitting an international organization—how they can be exchanged between regions. In other words, how well they fit on an ISO standard container without wasted space. These pallets, their regions, and their dimensions are given below:

Each of these ISO-recognized standard pallet dimensions is to some extent adapted to its region of origin. The 800×1200 European pallet, for instance, is small enough to fit through residential doors, making it ideal for an area where many businesses operate out of densely packed city cores in old buildings that weren’t built with modern business needs in mind. However, if you’re looking for an ISO standard pallet because you think your business ambitions will include global trade sometime in the future, few pallets match the reach of the 40×48-inch North American pallet, which meets the size and construction specifications laid out by the Grocery Manufacturers Association.

ISO may have bowed to preexisting supply chains as far as pallet dimensions go, but the organization has not shied away from mandating construction and quality standards, and these are extensive. A search of the ISO website for regulation concerning pallets turns up 20 pages of detailed, dense, and cross-referenced standards governing everything from how pallets are constructed to how they should be handled, with an eye toward protecting companies and consumers from faulty products. It can be hard to follow, but the good news is that regional standard organizations have adjusted their standards to stay in line with those of ISO. In general, as long as a pallet is an ISO-recognized size and meets the requirements of an ISO member body, it can cross borders without issue. For instance, a standard GMA spec pallet for North America should meet the American National Standards Institute (ANSI) standards and should therefore be in line with ISO standards. The trick is determining which GMA spec pallets have been inspected by a body certified to determine whether it measures up to standards.

A major concern for North American pallets is fire prevention, and a pallet that meets the UL and FM approval standards for fire tests is probably the closest you can come to an ISO-inspected and approved pallet.

A GMA spec plastic pallet that meets standards and is certified by an ANSI-recognized body like the Underwriters Laboratory (UL) or Factory Mutual Global Standards (FM) complies with ISO materials standards and has ISO-recognized dimensions, even if it’s not an ISO standard pallet per se. Essentially, it has made its way through a parallel standardizing process. A major concern for North American pallets is fire prevention, and a pallet that meets the UL and FM approval standards for fire tests is probably the closest you can come to an ISO-inspected and approved pallet. When expanding your supply chain across North America, and someday beyond, it’s advisable to look for a pallet with at least one of these certifications because they come from an internationally approved certifying body.

Some businesses may also find it useful to choose a pallet that can’t be easily confused for one that does not meet standards. In 2010, a massive recall of Tylenol took place and the culprit turned out to be wood pallets from the Dominican Republic that had slipped into the supply chain although they did not meet standards. Plastic pallets are easily distinguished from those from undesirable sources, and high-quality plastic pallets meet UL-2335, FM-4996, or both standards, which certify them as being equal to or less hazardous than wood pallets in fire scenarios. If you’re looking for a pallet that fits ISO standard pallet dimensions, a GMA spec plastic pallet that exceeds the standards set by wood pallets may be your best choice.

The iGPS pallet pool provides a lightweight, rugged GMA spec plastic pallet that will provide excellent performance in all types of industries. To adopt a versatile pallet that meets international standards, give our team a call at 1-800-884-0225, email a specialist at [email protected], or visit our contact page.